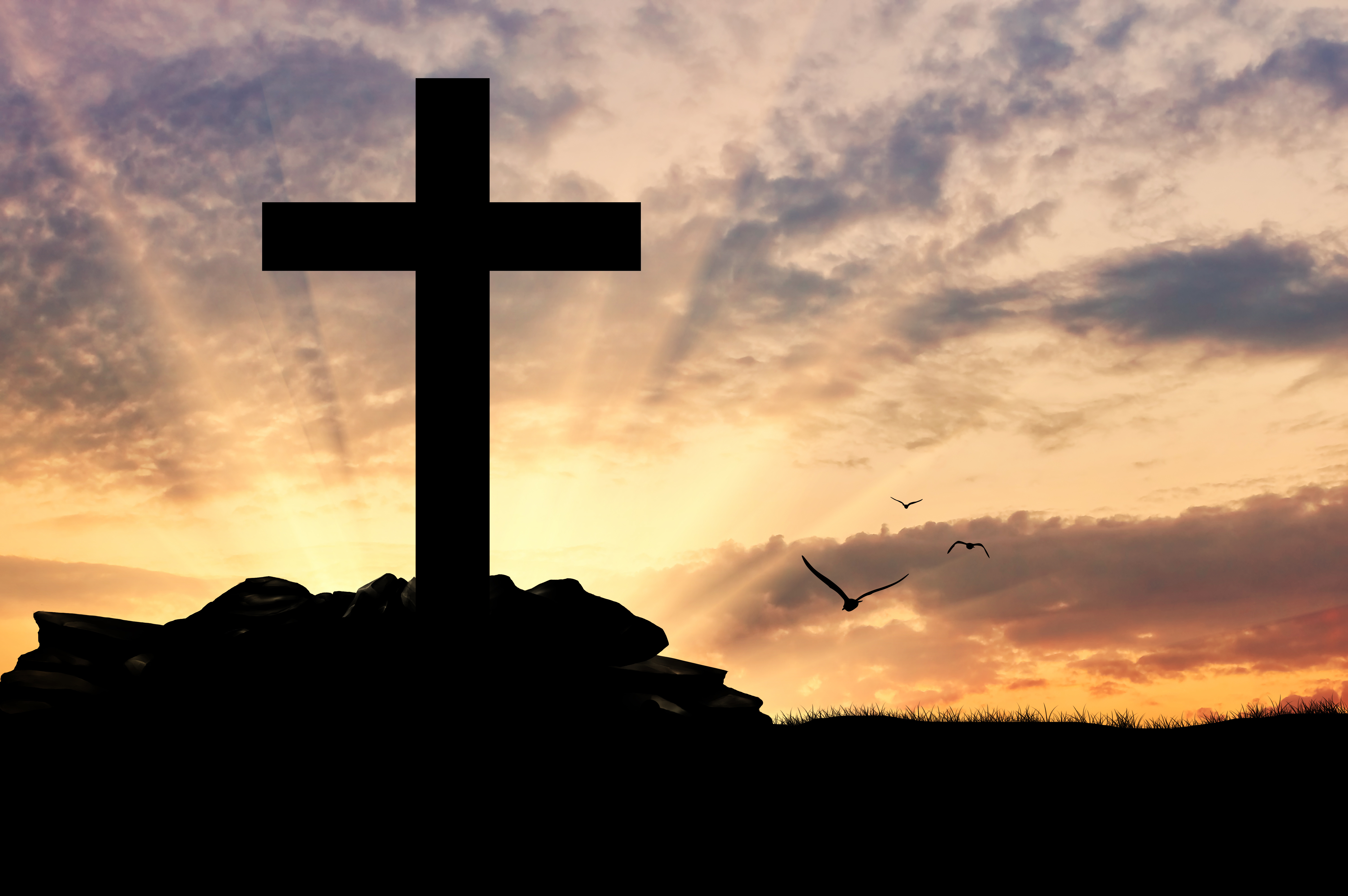 11Now the Feast of Unleavened Bread drew near, which is called the Passover. 2And the chief priests and the scribes were seeking how to put him to death, for they feared the people.

3Then Satan entered into Judas called Iscariot, who was of the number of the twelve. 4He went away and conferred with the chief priests and officers how he might betray him to them. 5And they were glad, and agreed to give him money. 6So he consented and sought an opportunity to betray him to them in the absence of a crowd.

(Christ Prepared A Place for Their Passover Supper)

7Then came the day of Unleavened Bread, on which the Passover lamb had to be sacrificed. 8So Jesus sent Peter and John, saying, “Go and prepare the Passover for us, that we may eat it.” 9They said to him, “Where will you have us prepare it?” 10He said to them, “Behold, when you have entered the city, a man carrying a jar of water will meet you. Follow him into the house that he enters 11and tell the master of the house, ‘The Teacher says to you, Where is the guest room, where I may eat the Passover with my disciples?’ 12And he will show you a large upper room furnished; prepare it there.” 13And they went and found it just as he had told them, and they prepared the Passover.

(Christ Is To Be Our Passover Sacrifice)

14And when the hour came, he reclined at table, and the apostles with him. 15And he said to them, “I have earnestly desired to eat this Passover with you before I suffer. 16For I tell you I will not eat it until it is fulfilled in the kingdom of God.” 17And he took a cup, and when he had given thanks he said, “Take this, and divide it among yourselves. 18For I tell you that from now on I will not drink of the fruit of the vine until the kingdom of God comes.” 19And he took bread, and when he had given thanks, he broke it and gave it to them, saying, “This is my body, which is given for you. Do this in remembrance of me.”

20And likewise the cup after they had eaten, saying, “This cup that is poured out for you is the new covenant in my blood 21But behold, the hand of him who betrays me is with me on the table. 22For the Son of Man goes as it has been determined, but woe to that man by whom he is betrayed!” 23And they began to question one another, which of them it could be who was going to do this.

(The Disciples Indeed Will Be Great — As Servants)

28“You are those who have stayed with me in my trials, 29and I assign to you, as my Father assigned to me, a kingdom, 30that you may eat and drink at my table in my kingdom and sit on thrones judging the twelve tribes of Israel.

31“Simon, Simon, behold, Satan demanded to have you that he might sift you like wheat, 32but I have prayed for you that your faith may not fail. And when you have turned again, strengthen your brothers.” 33Petere said to him, “Lord, I am ready to go with you both to prison and to death.” 34Jesusf said, “I tell you, Peter, the rooster will not crow this day, until you deny three times that you know me.”28“You are those who have stayed with me in my trials, 29and I assign to you, as my Father assigned to me, a kingdom, 30that you may eat and drink at my table in my kingdom and sit on thrones judging the twelve tribes of Israel.

35And he said to them, “When I sent you out with no moneybag or knapsack or sandals, did you lack anything?” They said, “Nothing.” 36He said to them, “But now let the one who has a moneybag take it, and likewise a knapsack. And let the one who has no sword sell his cloak and buy one. 37For I tell you that this Scripture must be fulfilled in me: ‘And he was numbered with the transgressors.’ For what is written about me has its fulfillment.” 38And they said, “Look, Lord, here are two swords.” And he said to them, “It is enough.”

(Christ Asks For This Cup To Pass & An Angel Strengthens Him)

39And he came out and went, as was his custom, to the Mount of Olives, and the disciples followed him. 40And when he came to the place, he said to them, “Pray that you may not enter into temptation.” 41And he withdrew from them about a stone’s throw, and knelt down and prayed, 42saying, “Father, if you are willing, remove this cup from me. Nevertheless, not my will, but yours, be done.” 43And there appeared to him an angel from heaven, strengthening him. 44And being in agony he prayed more earnestly; and his sweat became like great drops of blood falling down to the ground 45And when he rose from prayer, he came to the disciples and found them sleeping for sorrow, 46and he said to them, “Why are you sleeping? Rise and pray that you may not enter into temptation.”

(Judas Identifies Christ With A Kiss)

47While he was still speaking, there came a crowd, and the man called Judas, one of the twelve, was leading them. He drew near to Jesus to kiss him, 48but Jesus said to him, “Judas, would you betray the Son of Man with a kiss?” 49And when those who were around him saw what would follow, they said, “Lord, shall we strike with the sword?” 50And one of them struck the servant of the high priest and cut off his right ear. 51But Jesus said, “No more of this!” And he touched his ear and healed him.

52Then Jesus said to the chief priests and officers of the temple and elders, who had come out against him, “Have you come out as against a robber, with swords and clubs? 53When I was with you day after day in the temple, you did not lay hands on me. But this is your hour, and the power of darkness.”

54Then they seized him and led him away, bringing him into the high priest’s house, and Peter was following at a distance. 55And when they had kindled a fire in the middle of the courtyard and sat down together, Peter sat down among them. 56Then a servant girl, seeing him as he sat in the light and looking closely at him, said, “This man also was with him.”  57But he denied it, saying, “Woman, I do not know him.” 58And a little later someone else saw him and said, “You also are one of them.” But Peter said, “Man, I am not.” 59And after an interval of about an hour still another insisted, saying, “Certainly this man also was with him, for he too is a Galilean.” 60But Peter said, “Man, I do not know what you are talking about.” And immediately, while he was still speaking, the rooster crowed. 61And the Lord turned and looked at Peter. And Peter remembered the saying of the Lord, how he had said to him, “Before the rooster crows today, you will deny me three times.” 62And he went out and wept bitterly.  Christ Is To Be Our Passover Sacrifice Click To Tweet

John 12: 1-8 tells us Judas was a thief who helped himself to the offerings given for Christ’s ministry.   Vs. 6He said this, not because he cared about the poor, but because he was a thief, and having charge of the moneybag he used to help himself to what was put into it. 7Jesus said, “Leave her alone, so that she may keep it for the day of my burial. 8For the poor you always have with you, but you do not always have me.”

Judas Betrays Jesus, because he didn’t like Jesus’ attitude about money. 1 Tim 6:10 For the love of money is a root of all kinds of evils. It is through this craving that some have wandered away from the faith and pierced themselves with many pangs.

14Then one of the twelve, whose name was Judas Iscariot, went to the chief priests 15and said, “What will you give me if I deliver him over to you?” And they paid him thirty pieces of silver. 16And from that moment he sought an opportunity to betray him.

(13) The A, B, C’s of the PARE – Politically Appointed Religious Establishment

(16) The A, B, C’s of God’s provision of The Crucifixion that makes it possible for us to Walk With God

Christ Accomplished the once for all Atonement of sins by fulfilling scripture. (2 Corinthians 5:21- For our sake he made him to be sin who knew no sin, so that in him we might become the righteousness of God.)

1Pet 2:24 He himself bore our sins in his body on the tree, that we might die to sin and live to righteousness. By his wounds you have been healed. “Healed” = the spiritual disease of sin, while generally pertaining to the physical.

We Invite the Holy Spirit to examine us as we… Consider Christ  (Heb 12: 2-3) Who Calls ad Commissions Us To Service

Heb 12: 2-3   2looking to Jesus, the founder and perfecter of our faith, who for the joy that was set before him endured the cross, despising the shame, and is seated at the right hand of the throne of God.

We Consider Christ Who Commissions Us To Service

Ephesians 4:8 says: “When he ascended on high, he took many captives and gave gifts to his people …

always leads us as captives in Christ’s triumphal procession and uses us to spread the aroma of the knowledge of him everywhere.

2Pet 1:10 Therefore, brothers, be all the more diligent to confirm your calling and election, for if you practice these qualities you will never fall.  In Communion We reflect upon our commission and how god confirms it by strengthening our convictions 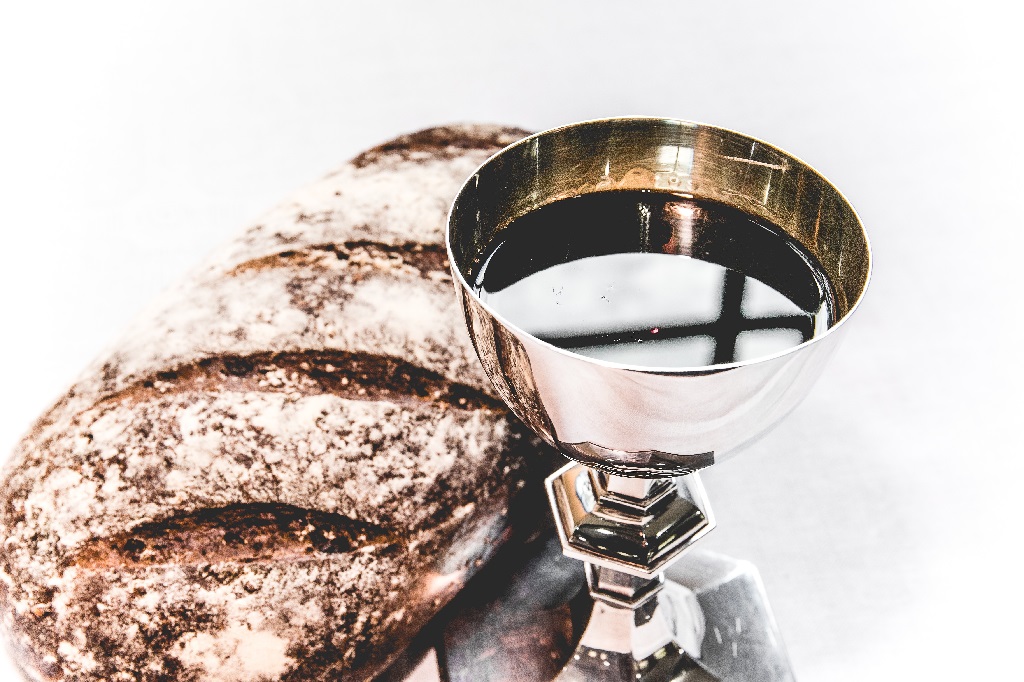 LET’S PARTAKE OF THE LORD’S SUPPER

On the night Christ was betrayed, arrested and condemned in  Luke 22: 19 – 20  He instituted this commemoration.

19And he took bread, and when he had given thanks, he broke it and gave it to them, saying, “This is my body, which is given for you. Do this in remembrance of me.” 20And likewise the cup after they had eaten, saying, “This cup that is poured out for you is the new covenant in my blood.