Are We Being Enslaved by Political Factionalism Or Are We Walking In The Unity That only Christ Brings to Mankind? 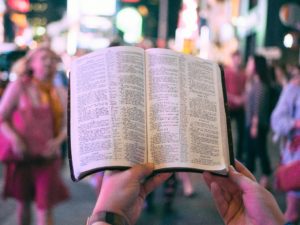 Colossians 3: 1- 11 says 1If then you have been raised with Christ, seek the things that are above, where Christ is, seated at the right hand of God. 2Set your minds on things that are above, not on things that are on earth. 3For you have died, and your life is hidden with Christ in God. 4When Christ who is youra life appears, then you also will appear with him in glory. 5Put to death therefore what is earthly in you:b sexual immorality, impurity, passion, evil desire, and covetousness, which is idolatry. 6On account of these the wrath of God is coming.c 7In these you too once walked, when you were living in them. 8But now you must put them all away: anger, wrath, malice, slander, and obscene talk from your mouth. 9Do not lie to one another, seeing that you have put off the old selfd with its practices 10and have put on the new self, which is being renewed in knowledge after the image of its creator. 11Here there is not Greek and Jew, circumcised and uncircumcised, barbarian, Scythian, slave,e free; but Christ is all, and in all.”Unrighteousness in the name of something good, tricks us into social and political bondage. Click To Tweet