Committing Suicide By Cop To Stir Up Hatred Helps ANTIFA Survive Another Day!

Here’s the actual video – shot by someone who doesn’t even speak English – that shows the cops repeatedly backing away from a knife yielding menace, and saying more than a dozen times (some say 20 times) “Drop the knife; we don’t want to shoot you.”

He told the police that “somebody” is “skulking” outside with a knife and probably a gun. He indicated to police that he thinks the person “has a gun on his hip.” Click To Tweet
Here’s what the agitators and the anarchy supporting news media won’t report: 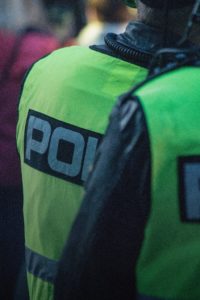 –Missing detail 1) Scott Schultz was suicidal. We know he was suicidal because he wrote three suicide notes and called the cops on himself.

–Missing detail 2) He told the police that “somebody” is “skulking” outside with a knife and probably a gun. He indicated to police that he thinks the person “has a gun on his hip.”

–Missing detail 3) When the cops arrived on the scene, expecting to meet a potentially dangerous person holding a weapon and possibly carrying a gun, they did not shoot right away. In fact, they pleaded desperately with Scott to drop the weapon and surrender. By my count, they ordered him about 20 times to comply. They can be heard on video saying over and over again, “We don’t want to hurt you.” But Scott wanted them to hurt him. He forced their hand intentionally. His plan was to use these poor officers as mechanisms for suicide. Finally, to the chagrin of the officers involved, he was given his wish.

Read and see for yourself here:
http://www.theblaze.com/contributions/matt-walsh-4-crucial-details-the-anti-cop-left-is-ignoring-about-the-georgia-tech-police-shooting/