When we say we believe in John 3:16 – that- “God so loved the world, that He gave His only begotten Son, that whoever believes in Him shall not perish, but have eternal life,”  we are talking about having faith in Jesus, the Son of God, in all His facets in which He reveals Himself from Genesis Revelation.   It means we believe in Christ as the Benevolent Creator as explained in Genesis 1-3 and in John 1: 1-3, which says, “1In the beginning was the Word, and the Word was with God, and the Word was God. 2He was in the beginning with God. 3All things were made through him, and without him was not any thing made that was made.”1 John 5:4-5 says 4For everyone who has been born of God overcomes the world. And this is the victory that has overcome the world—our faith. 5Who is it that overcomes the world except the one who believes that Jesus is the Son of God? Click To Tweet

To be a “victor” means to have success, to triumph, to win, and obtain a favorable result.”

Is our support for the cause of Feminism, which is based upon the belief that women are suffering from male dominance, helping us to be victors who walk in God’s plan for the roles of men and women, or is it making us victims, entrapped and ensconced in lies about the nature and roles of the sexes?  For what reason do we think God says He made them male and female and makes a clear distinction between the sexes in Genesis 1:27, 5:2, 6:9 and 7:9? 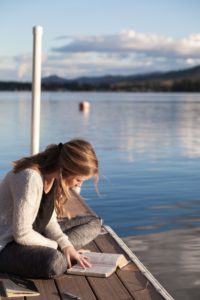 Are we being victimized by those who say, “I am here to support you against ‘The War on Women,” and who are entrapping us in unBiblical views of God’s order for our families and the sexes, instead of being victors who walk in how the Bible says, “God made them male and female —indicating that women are wired differently from men, to fulfill their unique roles?

Are we denying that many women stayed home to raise their families and write living epistles- as God intended – so over the course of their lifetimes they earned less money?  The world is trying to get us to focus on how money is the most important aspect of life, which it is not.  Passing on our Faith – especially to our children – is the focus of The Great Commission and is the most essential aspect of life.

Are popular causes focusing us on perceived wrongs that actually may be related to how God has motivated women to forsake careers and fulfill their purposes to care for their families?

Has Satan captured us with subtle lies based in positive-sounding causes like feminism, racism and sustainability?  Have those causes supplanted our view of what the Bible says about God?

We must be careful that the concept of feminism is not victimizing us by getting us to think that the victories Jesus gives us are bad.  Succumbing to lies makes us vulnerable victims of evil. Fulfilling our God-given purposes in Christ Lifts Us up as Victors in the Lord’s liberty.