In 2010 A revival began as Pastor Earl realized Judges 2:10 has happened in America, and “there arose another generation after them, which knew not the LORD, nor the works which he had done for Israel.”

God gave Earl a series of messages that include “The Divine Decalogue for Dynamic Decency” and “The Biblical Basis of The Bill of Rights” because too many Americans do not remember how God worked through America’s Founding Fathers to establish the USA as a Christian nation. As Earl shared these messages at events held in firehouses and libraries, people began receiving Christ, and rededicated their lives to Him.

Use this link is to  view ”The Biblical Basis of Bill of Rights” presentation Pastor Earl delivered at Liberty Christian Fellowship on May 1, 2016. 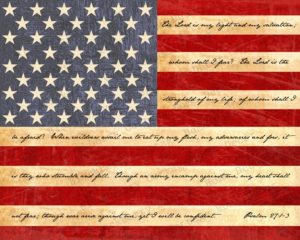 https://www.youtube.com/watch?v=-ANfp6d1ce4&list=PLaeTfUo_ZEQRYiFld_GATME8uB3hmN7yk&index=62
It explains how America was founded as a Christian nation, by connecting the dots between The Bible’s Ten Commandments, The Declaration of Independence and The US Bill of Rights.

Deceiving Even The Elect

These messages also put Earl into contact with numerous churches who would not receive the message, citing “Separation of Church and State,” a lie that is not in the US Constitution, nor the Bible, yet which pastors and churches quote as if it is scripture.

Earl began Bible studies to teach the new believers the word of God, and how it applies to every area of our lives, and how to deploy it to counteract culture, which has up to now increasingly turned its back on God.