Washington DC Flyer – Constitutional Rights Are Founded On The Bible

Here’s the answer — in case anyone asks you. The Preamble to The Declaration of Independence says, “… the Laws of Nature and of Nature’s God …” Thomas Aquinas articulated that “Natural Law” is stated by Divine Law, in The Declogue of The Ten Commandments.   Thomas Aquinas says, “Further, the Divine law is more […]

Cocktails and Conversation with Conservatives 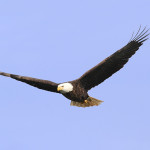