To handle the law lawfully requires CPR – the Confidence to Perceive Reality as God sees it. 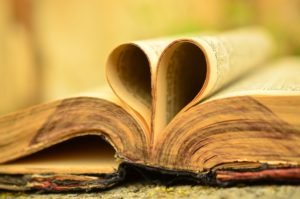 1 Tim 1: 8-11 tells us to “Use God’s law, lawfully – meaning the way God intends for it to be applied. It says: 8But we know … the Law is good, if one uses it lawfully, 9realizing the fact that law is not made for a righteous person, but for those who are lawless and
rebellious, for the ungodly and sinners, for the unholy and profane, for those who kill their fathers or mothers, for murderers 10and immoral men and homosexuals and kidnappers and liars and perjurers, and whatever else is contrary to sound teaching, 11according to the glorious gospel of the blessed God.

Verses 9-10 say the law was made for those disobedient to God. Our challenge is to represent God to a world that thinks tolerance is the highest value. Satan uses tolerance to justify a lack of moral standards to assess behavior. So no matter the behavior, we are to
accept it without making any values judgements about it. Verse 11 tells us the law must be understood within the context of “The Glorious Gospel of The Blessed God.” God loves and wants the best for us, which is why He gives us behavioral standards, like The 10 commandments. Animosity on college campuses towards God’s moral standards propel people to call Bible believers “intolérant, racist, and homophobic” to shut down discussion about “whether or not God’s truth is what’s best, the most healthy and… Click To Tweet

Today people are not being educated in ways that provide them with information to assess right and wrong from God’s perspective. Chris Sweeny, a writer for Boston Magazine, published an article in Jan 2017, titled: How Liberal Professors Are Ruining College. His research says “Throughout the USA liberal college professors outnumber conservatives 6 to 1, but in New England, including the Ivy League
schools, they outnumber conservatives by an astounding 28 to 1. He also says this is “bad for everyone.”

I believe we can trace the lack of respect for God’s Biblical perspective to how schools teach evolution, man-made global warming, now called man-made climate change, and also are pushing “gender uncertainty,” each of which only can be true if the Bible is not true. Manmade climate change only can be true if indeed God does not control the weather as the Bible teaches, such as in Revelation 7:1 which explains how God will create weather pattern change by four angles holding back the winds. People only can choose their own gender, if indeed God did not make us male and female as the Bible says in Genesis. The theory of evolution often is used to attack the very concept of God.

Animosity on college campuses towards God’s moral standards propel people to call Bible believers “intolérant, racist, and homophobic” to shut down discussion about “whether or not God’s truth is what’s best, the most healthy and productive for mankind. Revisit the list of terrible human behaviors in 1 Tim 1: 9-10. If college professors, and school teachers instruct young people to be tolerant of these things, what hope is there for the next generation?

Teaching people to be tolerant of violations of God’s law is what is entrapping us in lawlessness. Interpreting God’s law as His loving provision that motivates us to see our need of Christ is using God’s law lawfully, and lifts us up in liberty.